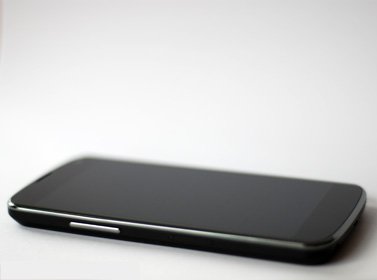 Lets take a look at how the newest Nexus is able to hold on to network signal. This isn’t a definitive scientific performance test for benchmarks, but rather to see if the Nexus 4 has improved reception when the going gets rough in areas with weak signal.

The first test is in an area with decent signal, indoors above ground.
Lower number is better for dBm and higher number is better atu. In the first scenario the Nexus 4 does appear to have marginally better reception. After the numbers stabilized, it was reading out 87dBm versus 91dBm on both the Nexus S and Galaxy Nexus. The threshold for “full bars” on stock Android is 90dBm, so more bars are visible. But there was no significant difference in data speed tests, but it was probably a network backhaul limitation. All phones were getting about the same results. About 2.8Mbps down and 0.3Mbpa up. (Yeah, Wind data is slow in my area.) 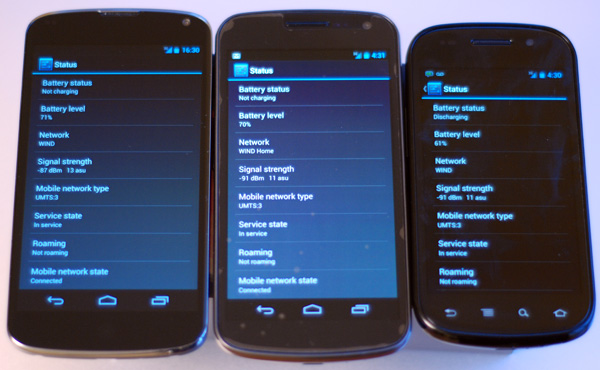 In the second scenario I went into an underground room, and repeated the tests. This time around the numbers were obviously worse, but they were consistent. 103dBm on all phones. There wasn’t a clear winner in this low signal area, all three were still capable of making calls, and had equally slow data connections. 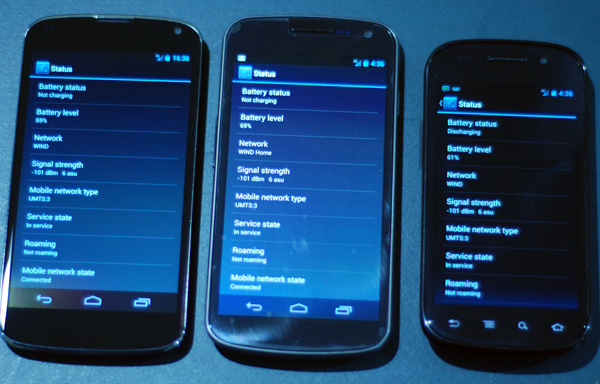 The Nexus 4 does appear to hold on to signal better in some situations but it’s not a significant improvement. It won’t magically give you better reception if the signal is weak. However, it does support DC-HSDPA with theoretical speeds up to 42Mbps, it should therefore result in very speedy data, if your carrier supports that feature.